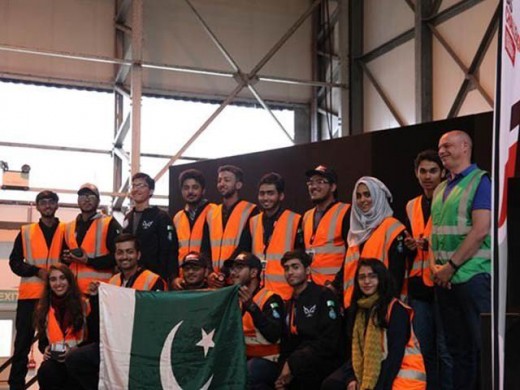 London, The Institution of Mechanical Engineers manages the international competition of the creative drone and helicopter every year in The Great Britain. This year, the students of National University of Science and Technology (NUST) made their latest helicopter drone and they got first position in this contest. Pakistan First Position Drone Making International Competition.

In this contest, the team of NUST Air Works prepared their electric helicopter, which was the only helicopter in this contest. Other students of the universities all over the world presented their fixed wing small planes and drones in this competition.

The Institution of Mechanical Engineers (IMechE) is an international organization and it is performing its role to increase research and sharing. The headquarters of the organization is in London. Many countries are its members and they are called country chapter.

This organization is managing the unmanned aircraft systems (UAS) competitions during last few years. The students of the universities and institutes across the world attended these competitions and they present their creations.

Team Beta of Air Works of NUST got first position in the competition of UAS 2019, which is no doubt, a great honor for Pakistan. The two groups of Queens University Belfast won second and third position.

The students of other 32 universities and research institutes presented their own drones and air system and these countries are The Great Britain, Canada, Holland and others. The two teams of NUST attended this completion, which are Alfa and Beta. However the teams of Ghulam Ishaq Khan Institute and Suffa Universities were also attended this competition.