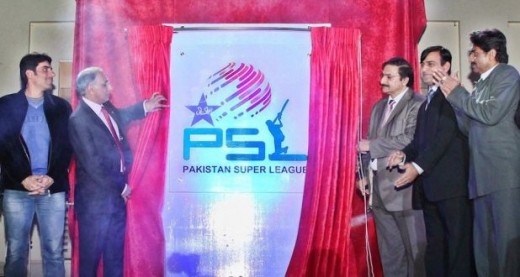 Lahore, The colorful ceremony of the logo of First Pakistan Super League is being celebrated in Lahore in which mens and women teams of Pakistan and various other personalities associated with cricket are present in the ceremony. Pakistan Super League will be started from 4 February. The ceremony of the logo of first PSL is celebrated in the colorful ceremony in which the ambassador of PSL, Waseem Akram is also present, who reach there with his wife. There is Boom Boom Afridi in the ceremony and Misbah ul Haq is also there. New groom, Ahmed Shahzad is also there. The players say that all of the players will get benefit of this PSL. PCB Chairman, Shaharyar Khan says that all of the efforts are very encouraging.