The deadly Corona Virus put over 900 persons to death and over 40,000 people are infected by this alarming epidemic. The World Health Organization WHO has announced the global health emergency due to this virus. 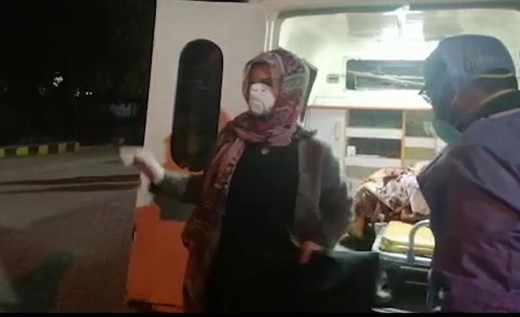 The bad news for now that another victim of the Corona Virus has been pointed out when a young Pakistani passenger 23 year old boy came back to Pakistan. The sources reveal that infected person has been isolated to a ward of a Lady Reading Hospital LRH in Peshawar.

The admitted 23 year old belongs to a district of KPK and admitted in the government hospital after indications of the corona virus symptoms. A spokesperson of the hospital told the reporters that the blood samples of the patient have been sent to National institute of Health (NIH) for testing.

Half dozen of people have been isolated due to corona virus symptoms. The KP authorities are trying their best to cope with the novel virus. Three cases were received by Pakistan Institute of Medical Sciences PIMS, Islamabad last week. One case was a Chinese national and two cases were confirmed in local persons. PIMS has received total four cases of corona virus. Their blood samples have been sent to National Institute of Health NIH for the testing.