The students of National University of Science & Technology (NUST) have won the 1st position and award in a longevity design challenge in California’s Stanford University.

This competition was organized by Stanford Center on Longevity Design in which ideas of inventions for comfort of elderly people and reduction of severity of diseases. For this purpose, three students of NUST have prepared a special device that is named TAME (Tremor Acquisition & Minimization). Due to its usefulness, it received 1st prize in the competition that was held on 30th March 2017.

TAME has been designed by Arslan Javed, Huria Anam, Awais Shafiq and Sheraz Siddiqui of NUST’s school of electrical engineering & computer sciences while doctors and experts of various diseases are part of its examination. The students designed this project under the supervision of Dr. Raza Kazmi and it has achieved several other awards prior to that from around the world. 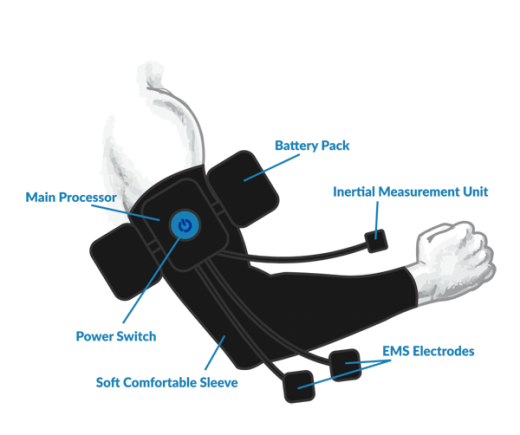 It is a lightweight device that can be fitted inside the dress on arm and it can’t be seen from outside. TAME has been prepared with assistance from neurologists. It notes the unintentional shivering of hands due to tremor and uses electrode to expel electricity that reduces (or cancels) these signals. It helps the patient to end his problem while writing, eating or holding anything.

This disease mostly affects elderly people because their brain sends unnecessary signals to hands while people with any mental injury can also take advantage from this device.

Several examinations have been done for this device.