Old trucks are usually considered problem creating vehicles due to their pollution production and large size but these trucks are gaining the reputation of moving art pieces in several parts of the world. Many people around the world are inspired from Pakistani truck art. 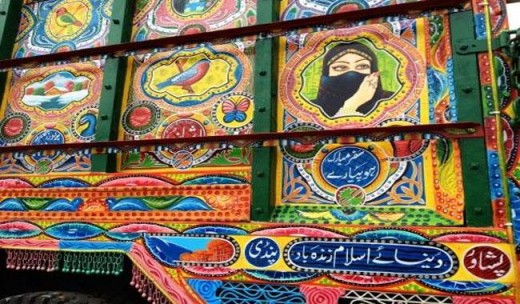 Every bystander is amazed to see the beautiful truck art. The onlookers usually see a decorated crown along with decorated portraits of mountains, animals, flowers, Islamic art, poetry, celebrities and others which are quite popular among the truck owners.

Pakistani ‘truck art’ is now becoming a global fame as it is used in gallery exhibition in many western countries. The miniature versions of these trucks are on sale all year long by retailers in London.

But the locals don’t consider it as an art form but instead they take it as pride. They consider these painting made their trucks superior to others and they represent their hometown. They give more importance to animals and colors as compared to roads. 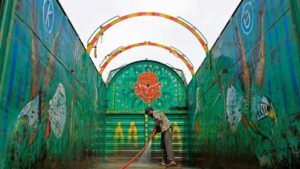 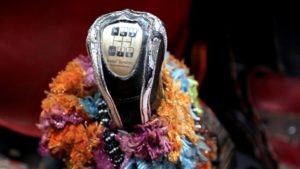 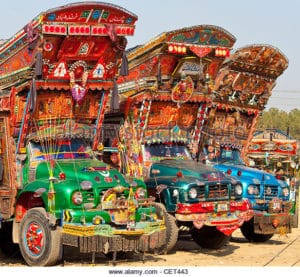 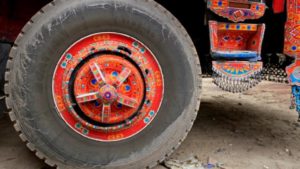 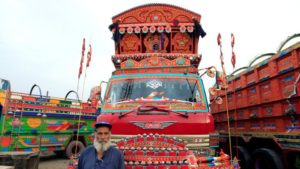 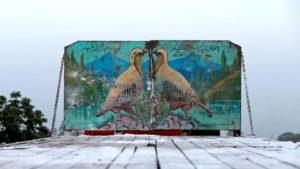 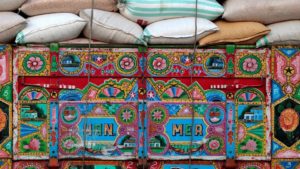 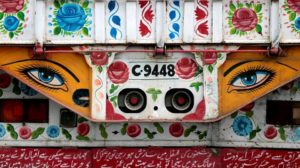 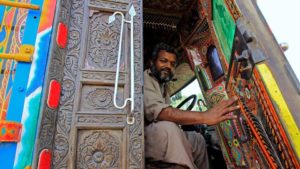 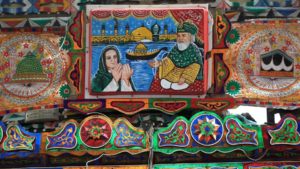 The drives think that more clients can be attracted with a large crown and superior decoration as compared to the trucks will less or no decoration. A truck driver of FATA region told that he is using green and yellow colors in his truck while drivers of Khyber, Mohmand and most of the tribal areas like flowers on their trucks while the choice of drivers of South Waziristan, Swat and Kashmir are mountains and wild animals.