Freelancing has turned out an effective way of earning and boosting the income by working with various platforms globally. The number of freelancers around the world is increasing day by day. Freelancing makes you spending time on work with more flexibility and working with one’s desires. It has no boundaries like 9 to 5 work and one can be own boss in this way. The skilled persons around the globe entered and work in freelancing with their own desires. 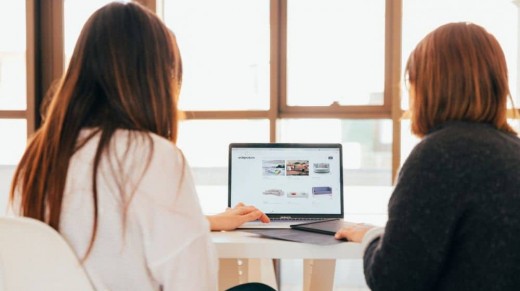 The popular international payment platform, Payoneer has released its Payoneer’s Annual Freelancer Income Report 2020 in which the contribution of the Freelancing market was marked out. The Freelancer Income Report 2020 was issued after making a worldwide survey of over 7,000 freelancers from 150 countries including Pakistan. In the report the analysis was made on age-wise distribution of freelancers, gender gap, pay rates, popular skills, oversaturation in certain fields and the degree vs income debate. In the Payoneer’s Freelancing Report 2020 generally 5 things were concluded.

Education Plays a Lesser Role in Hiring a Freelancer

Freelancing is not bound with higher education like graduation or post graduation; it just relies on the skills and experience of the freelancer. According to the Payoneer, the higher school level persons are found to earn more than that of persons having bachelor degree. It is just due to experience, ratings, and feedback by previous clients while hiring someone for their gig that a buyer prefers.

Average Hourly Rate Has Increased From $19 to $21

According to the report of the Payoneer the average per hour rate is surprisingly more than the people earning in most countries per hour. The payoneer report indicates that the average hourly rate has increased from $19 in 2018 to $21 at the start of 2020 in most of the countries surveyed. According to the report the most popular field of work mostly chosen by freelancers is web and graphic designing. At the second number programming and IT comes.

The freelancing market is being dominated by Gen Z and Millennials. About 70% of the respondents are under 35 years of age, while 21% are under 25 years. Freelancers from Asia lead young demographic data, with 82 percent of respondents under 35 percent. In terms of revenue, baby boomers are ahead. Free lancers over the age of 55 are earning almost twice as much as those under the age of 35.

The contribution of the females in freelancing is also very huge. Women are especially working as freelancers in translation and administrative fields. In the report it is also analyzed that the earning of the women 84% then the earning of men. In web and graphic designing and marketing women are earning more than men.

Full Time Freelancers Are More Satisfied With Their Lifestyles