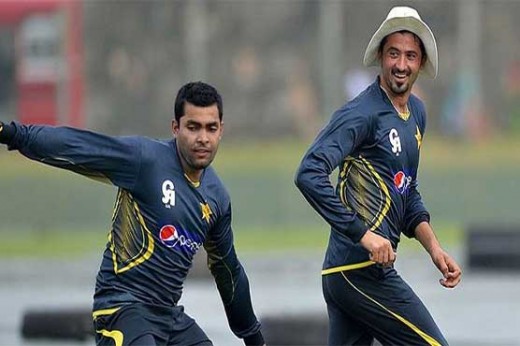 Lahore, ICC Champions Trophy will be started from 01 June in UK and Pakistan will also play the event. PCB has already declared the squad to play the event and Junaid Khan and Umar Akmal are also included in the Pakistani squad. Both the players also played Pakistan One Day Cup in Rawalpindi and they were part of Punjab team. There was the dispute between these two players during a match and the PCB started the inquiry of the incident. The inquiry committee found the findings of the incident and they suggested the punishment of 4 to 6 weeks ban on these two players.

As the final date for the start of the ICC Champions Trophy was approaching near and there was no possibility to find their replacement, so the board decided to set aside the punishments, which were suggested by the inquiry committee and they gave simple warning to both the players and asked if they behave in the similar way, then these suggested punishments can be considered to impose on the players. Now these players are allowed to go to England and play the ICC Champions Trophy. The cricket board has forgiven their punishment this time for these two players, who were involved in the disciplinary case.