People in Rawalpindi Buy Safes because of Recent Economic Decline 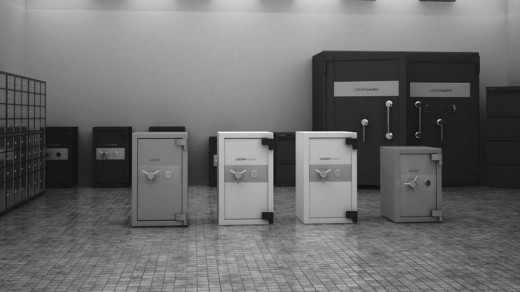 People in Rawalpindi Are Buying Safes Due to Recent Economic Decline

Media has conducted the recent market survey about safes and lockers in Rawalpindi. It showed that large number of metal safes were produced and sold in the city recently. People in Rawalpindi Buy Safes because of Recent Economic Decline.

The report showed they bought the safes because of the fear being hauled up by apex anti corruption watchdog or see their money and valuables getting lost in the economic tsunami. People want their possessions to be safe, when they leave the city during summer vacations. The prices of the lockers and safes were also asked during the survey. There is increased demand of safes and lockers and due to spiraling rupee and inflation and the safe traders have raised the prices. It also stated that price of heavy weight safe or locker is ranged from Rs.10,000 to Rs.100,000 and the stores charge the additional amount of Rs.5,000 for optional services to install the safe at the home of the customer.

During last few days, the sale and purchase of safes in increased in the local markets located at Raja Bazaar, Mochi bazaar, Chah Sultan, Murree Road and Trunk Bazaar. The traders, who deal in the safe vaults said that they have seen the uptick in many people, who buy these safes. The ordinary people are also spending their amount to buy these safes.

A locker trader said that he imported digital lockers from China and these lockers were made from mix of different metals. The companies and institutes take interest in buying these lockers. During past month, he has seen the demand for safes and digital lockers increase. He said that the main reason for sudden increase of people in buying vaults, he revealed that the customers tell that they want to save their amount safely at home, when they withdraw the amount from the banks. The sentiment shows that the people do not have trust in formal banking system. The lockers have different locking system including digital or analog and the type and quality of metal used in these lockers and they have robust construction. It is also said that the price is higher according to the quality of material being used in these lockers and safes.