Popularity of Beauty of Sajjal Ali in Poster of Movie MOM

Mumbai, The poster of the new coming Indian movie, ‘MOM’ of the Indian legendary actress, Siri Devi of the Bollywood film industry has been released. In the poster of the movie, Pakistani actress, Sajjal Ali was looking very beautiful.

Indian legendary artist, Siri Devi is com9ng in the Indian movie after 5 years and she appeared in the successful movie, ‘English Winglish’ in 2012 and the viewers liked her acting in that movie. This is the first ever movie of Pakistani actor, Adnan Siddiqui and Sajjal Ali in which Sajjal Ali is performing the role of daughter of Siri Devi in this movie. Adnan Siddiqui will also appear in an important role in this movie. The first poster of the movie was already released in which only Siri Devi was appearing. Now in the fresh poster, Siri Devi is present with Sajjal Ali, Nawaz uddin Siddiqui and Akshay Khanna. The story of the movie is moving around the relationship of mother and step daughter and Siri Devi has performed the role of step mother of Sajjal Ali in this movie. The most interesting thing of the poster, which attracted the attention of the viewers, is three words, love, trust and accused. With the working in this movie, ‘MOM’, Siri Devi will complete 50 years in the film industry. This movie will be released on 7 July on the Indian cinema houses and Indian and Pakistani viewers are waiting for the release of the movie anxiously. 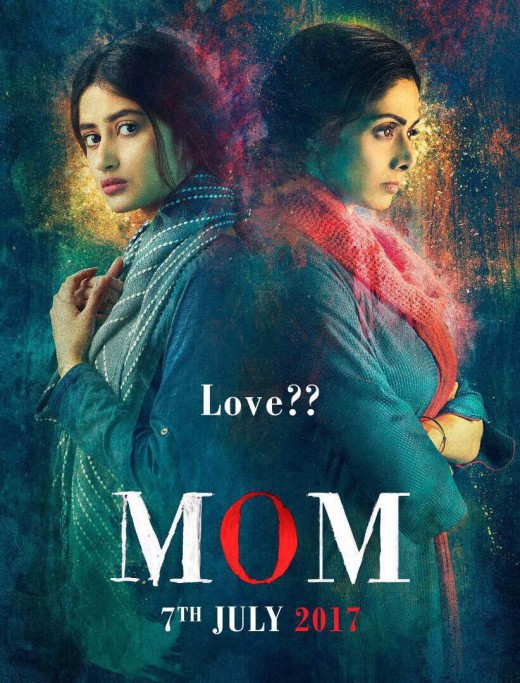