The net profit of Pakistan Telecommunication Company Limited (PTCL) has increased 42% in the first 9 months of 2016 as compared to the same time period of last year. On 13th October 2016, a meeting of Board of Directors was organized in Islamabad during which the statistics of the year till September 30, 2016 were presented.

The financial statistics improved mainly due to the profits made by PTCL during the third quarter of this year as last year the profit during this period was just Rs. 371 million which has increased to Rs. 876 million this year.

Rs. 88.8 billion was the revenue generated by the group and the net profit became Rs. 3.9 billion due to reduction in expenses by 3% through cost optimization measures. Revenue of the company increased with Rs. 54.3 billion due to its DSL broadband service. Company’s operating expenses, during this period, reduced by 6% which made the net profit to Rs. 7.6 billion.

According to analysts, the main factor behind increase in profit of PTCL is the performance of its subsidiary Ufone which maintained its position despite tough competition in the market. Effective cost saving measures by the company is another reason for its high profits.

In the start of 2016, the new management took over the office after which it changed the company’s overall performance and policy and its results are clear. But experts have the view that the company has to introduce new and innovative measures in order to sustain its profit in the future as mere operational management is good for overall improvement but it is not enough to achieve long term goals. 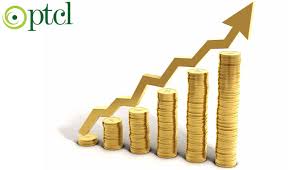