Qatar Hires 100,000 Pakistani from Next Month 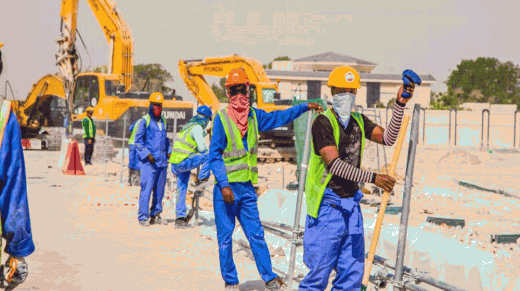 The officials of Qatar informed Pakistan that the Visa Facilitation Centers located in Islamabad and Karachi will become operational by end of December.

The Qatri delegation was leading by Director Management of Recruitment Support Services, Major Abdullah Khalifa Al Muhanadi held the meeting with the Special Assistant to Prime Minister of Pakistan on Overseas Pakistani and Human Resources, Zulfikar Abbas Bukhari in his office.

The dignitaries discussed the proposal of Qatar during the meeting by offering 100,000 jobs to Pakistan. the Qatari delegation informed Bukhari that the setting up of the Visa Facilitation Centers would increase the process and the employers will pay fee during this process. It is said that the wages protection system of Qatar will give the protection to Pakistani workers. 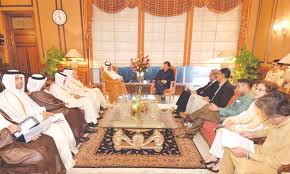 Major Abdullah said that they gave the instructions to Qatari recruitment agencies to pursue 100,000 jobs drive and they hire more and more labor of Pakistan. He said that the agencies would manage the workshops to hire skilled labor from Pakistan. Bukhari said that the formation of joint working team and it could categorize Pakistani labor on the base of their skills. The team will help to systemize hiring process and make it smoother on all sides.

PM Assistant has made the requests to create more jobs other than previous proposal of 100,000 jobs to adjust Pakistani labor return from Saudi Arabia. He gave the suggestion to delegation to establish Visa Facilitation Center in Peshawar and Lahore. The delegation gave the assurance to Bukhari that they will bring the matter with the government and it will revert back very soon. Major Abdullah extended the invitation to PM Assistant to visit Qatar