Following asserting that she was no longer a part “Bombay Velvet” by Anurag Kashyap, Raveena Tandon the actress has made a U-turn mentioning she is in the period drama.

On January 22nd in a recorded telephonic interview to PTI she mentioned “I am no more part of ‘Bombay Velvet, since everything has changed. The entire set up has changed, as well the story has changed and I don’t know what all has changed… therefore I admitted to Anurag and his team ‘listen guys, it is better that don’t proceed with it’.

She mentioned on Twitter today that she was indeed a part of the Ranbir Kapoor-Anushka Sharma starrer. “Ok very depressed of misinterpretations of what I mentioned, only performing a friendly play for MADHU and @anuragkashyap72 in Bombay Velvet. 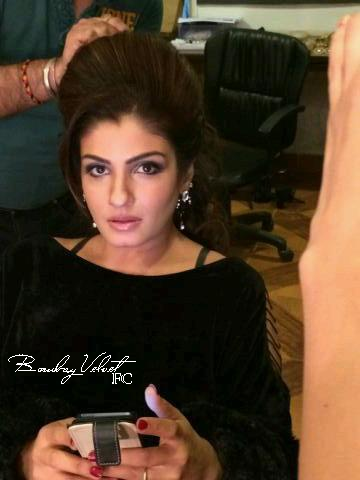 “while asked all the time regarding it, all I mentioned was “don’t know if I am going to be there as well or not in the final screening as movie is the editing section.