The parliamentary panel has recommended the screening test before conducting the actual competitive exams by the Federal Public Service Commission, an autonomous body to make more impartial, independent and self-sustaining body. 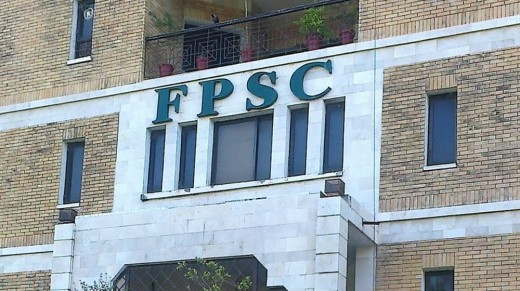 The senate special committee has examined the annual report of FPSC in the meeting and it has made many recommendations to FPSC about the change in the functions and the reforms in the civil service and it has asked the commission to forward the draft proposal along with the recommendations by the first week of March.

The chairman of the senate standing committee was Senator Syed Muzaffar Hussain Shah and it was attended by others in which senators Taj Haider, Nauman Wazir Khattak, Daud Achakzai, Secretary FPSC and other senior officers from Establishment Division and FPSC.

The committee recommended that the screening test should be taken before the actual competitive exams will be started after shortlist the candidates. this screening test willhelp the commission to save from the difficult task of the examination of the thousands of the applicants. The committee asked the commission to work on the rules for the appointment of the private and women members in the board of commission in the light of the recommendations of the committee after recalling of the draft, which has already been submitted to the office of the prime minister.

The committee has also recommended that FPSC should be made the autonomous body that would make it more independent, impartial and self sustaining body and it would require the amendment in the Article 242 of the constitution as the committee observed. The FPSC officials informed the committee in the last meeting that current optional subjects and the 12 service groups are updated and they can fulfill the current requirements. The senate committee instructed FPSC to prepare the methodology for the screening test of the candidates and the percentage required to qualify to CSS exams.

The members of the committee have the opinion that the candidates appear in the competitive exams should be recruited on their relevant professional background and they can be posted in relevant department rather than give the open choice to selected candidates. the member of the senate committee stated that the officers of the DMG groups are posted in different department by favoring them and do not appoint them on the basis of their professional backgrounds.

Senator Taj Haider objected on composition of commission and said that the retired military officer and one retired judge should not be appointed and in the commission, more representation should be provided to civilian bureaucracy of DMG group.