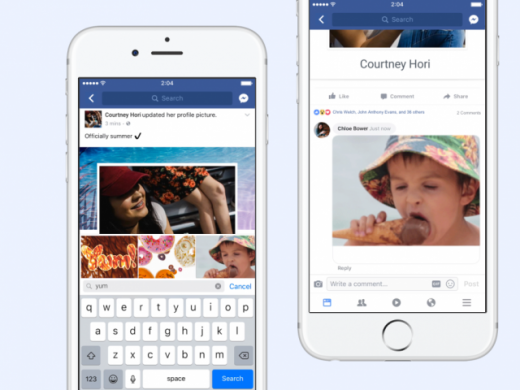 GIFs have surely changed the way people respond on the social media. They have the interactive to say what they really feel and there is no surprise the format has got the popularity. The visual significance of comment is supported by short and precise format of GIF to make it the important feature on the social media website like facebook. The popularity can be measured by the fact that nearly 13 billion GIFs were sent on the Messenger last year and it is roughly 25,000 GIFs every minute.

Facebook has one limitation and it did not have the built-in GIFs feature for the comments and in the celebration of 30 years of GIF, facebook finally addressed the issue and it has declared the rolling out support for GIFs in the facebook comments.

Most of the people love communicating with GIFs on messenger and they are also making it easier to use GIFs on the facebook they are introduces the ability add the GIFs in the comments for people in the facebook. They need to tap the GIF button to make the comment, type in what they are looking to say and add GIF. The feature will allow them to search for GIFs with the use of features built in search but there is no option for the custom GIFs.

You can add the particular GIF in the mind and it is more difficult and they cannot upload the own GIFs or post the GIFs through URL like they can with the normal facebook post.