Home News Robot Becomes Drone in Air And Car on Ground
amber+ May 23rd, 2019 Comments Off

Robot Becomes Drone in Air And Car on Ground 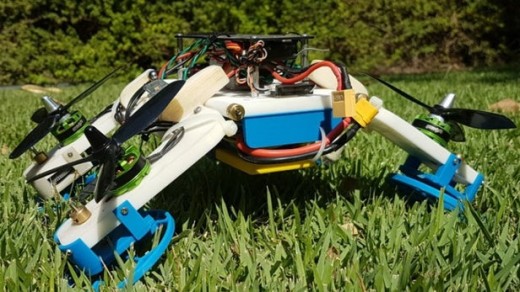 Robot Becomes Drone in Air And Car on Ground

Tel Aviv, Few months earlier, it was discussed about the drone float in water and fly in the air. Now the Israeli experts have made such a drone, which flies in the air and on the other side, it runs like a car on the ground. Robot Becomes Drone in Air And Car on Ground.

This is the quadcopter type drone. When it touches the grounds, it propeller wings turned and they are changed into the shape of wheels. It is given the title of F Star (Flying Asprol Twind Autonomous Robot).

The experts of the Ben Gourio University have showed the successful demonstration of the quad copter having the four propellers to convert into a car. The four horizontal propellers (wings) provides the flying power and this drone can fly in any direction easily. 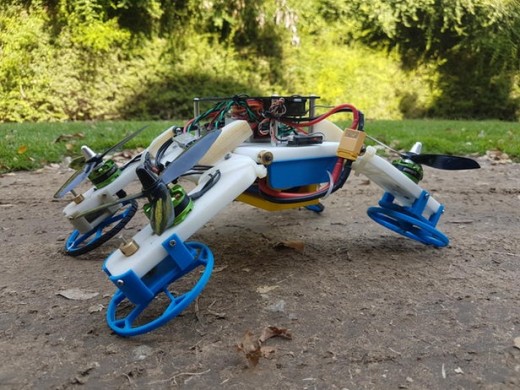 The four moving wheels are also added with the wings of the propellers, which are added with brushless motors, which moves the propellers in the form of wheels and this car runs with the speed of 8 feet per second. When it touches the ground, its propellers turn to 55 degree and they become wheels. In this way, they can move forward in case of any obstacle and it covers the small hurdles.

When it is charged once, it remains active for 20 minutes and it can be used after any accident to carry out search work and rescue. It can take 400 kilograms medicine or foods in debris or in the packed places easily. According to different information, the work is in progress on its various versions.