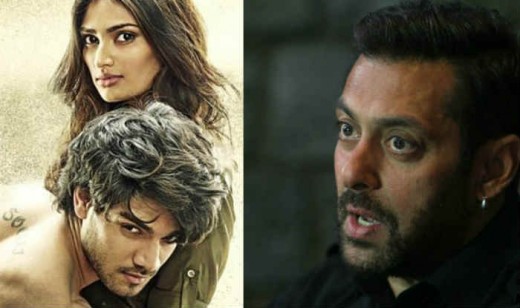 According to media reports, Salman Khan has cut scenes of 30 minute duration from his film “Hero” after which the duration of the film has reduced to 2 hours and 4 minutes while film’s director Nikhil Advani also says that the deleted scenes will surely be unnecessary.

In film “hero”, Sunil Shetty’s daughter Athiya Shetty is performing main role while the film will release on 11th September.