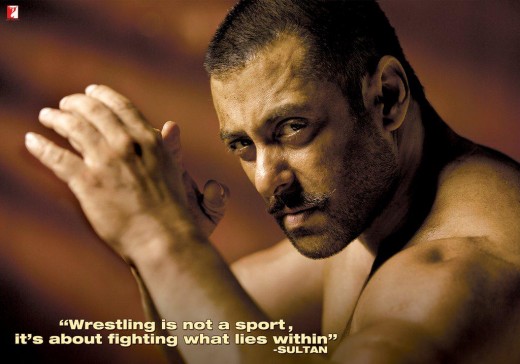 Mumbai, Salman Khan is the leading actor of Bollywood, who is known to perform the innovative roles. He is now going to perform the role of a wrestler in the movie, ‘Sultan’ and his first picture is also released.

You can check: 4 Girls Robbed Salman Khan in a Night Club

Dabang Khan shared a picture on social media website, twitter, during the training of movie, Sultan, in which the people can watch him as a wrestler. He also had moustache and light beard in the picture and lengthy Salman Khan will be looked with his natural hairstyle. The movie, ‘Sultan’ of Salman Khan will be released on the cinema houses on the eve of Eid in 2016 and this movie is compared with the movie, ‘Raees’ of Shah Rukh Khan and Mahira Khan.