Samsung is a trusted and well known smart phone company, which has introduced various mobile phones in the market. This is a South Korean company, which has already released various trendy and stylish smart phones like Galaxy Star and Pocket Neo. This company is engaged with releasing of up to date and well equipped with technology smart phones in the market and faced the competition. These two latest and trendy smart phones are unique in designs and styles with various added features. The Galaxy Star has been launched in the market with 1 GHz processor as if it is compared with the Pocket Neo, which has been installed with 800 MHz processor. The smart phones are added with low power batteries, which do not cope with their functions. 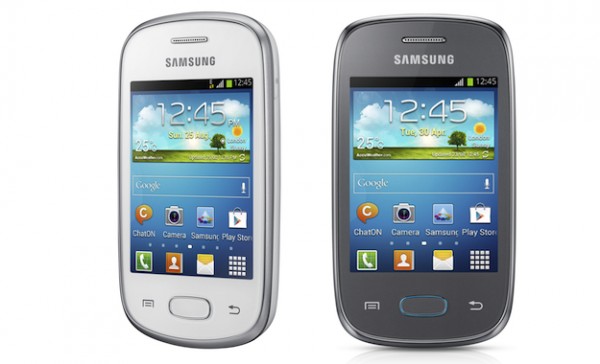 Galaxy Star is an android 4.1 Jelly Bean customized smart phone, which is added with touchwiz and it has 3 inches QVGA display. This smart phone is 100.5 grams heavy and its thickness is about 11.9 mm. This handset has been launched with dual SIM and 2 megapixels camera with which you can make pictures and record your memorable moments. It has built in 1 GHz processor and it has 512 MB RAM and is equipped with 4 GB internal storage capacity. It has also been equipped with FM radio, Bluetooth, accelerometer and Wi-Fi and is added with 1200 mAh battery, which is insufficient to meet all requirements.

Galaxy pocket Neo is also launched in the market with android 4.1 Jelly Bean customized with Touchwiz. The weight of the smart phone is about same as Galaxy Star has, as it weighs only 100.5 grams and 11.8 mm thick. It has 3 inches QVGA display and is appeared in the market with dual SIM capability. It is installed with 800 MHz processor and its RAM is only 512 MB. The built in storage capacity is about 4 GB and is equipped with digital compass, Bluetooth 4.0, accelerometer, Wi-Fi and FM radio. You can make pictures and record videos with its 2 megapixels camera on its rear side. The same power of battery is added in it. These two smart phones will be launched in the market during May and the details of the prices of these two smart phones will be made available after some time.