The poster of Sanjay Dutt’s new film “Bhoomi” proved to be copu of Hollywood movie “The Grey”. It is common in Bollywood to make a film by copying or stealing films and it is right to say that around half films of India are copied from a Hollywood or successful Pakistani film. Not only the story but even the music and posters of the films are also stolen. 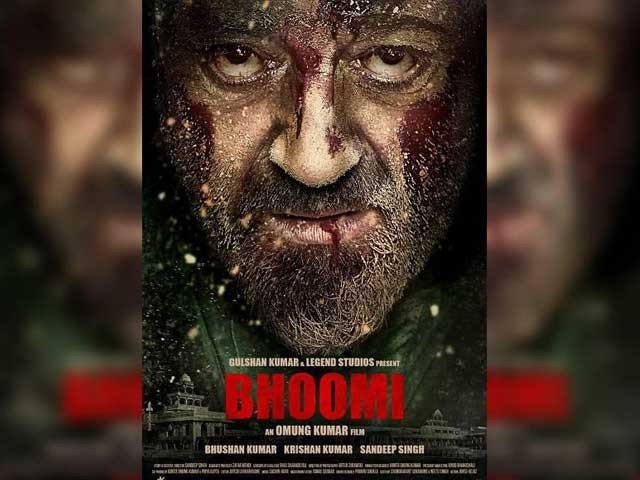 According to Indian media, another incident of copy came recently and the allegation is on Sanjay Dutt’s film “Bhoomi”. Sanjay Dutt released the poster of his film on his birthday which was complete copy of Hollywood film “The Grey”.

After this copying of poster, Sanjay Dutt and film’s director Omung Kumar faced severe criticism on social media but there is no response from Sanjay Dutt after this allegation but another filmmaker Anubhav Sinha, who is not related to this film, said in quite rage that the poster of film “Bhoomi” is wonderful and the people comparing it with movie “The Grey” are wrong because nothing is similar in both posters except the front picture of lead characters.

It should be cleared that film “Bhoomi” is very important for Sanjay Dutt’s career because he is returning to Bollywood with this film after his release from the jail but the allegation of theft of film’s poster can harm his career. In the film, Aditi Rao Hydari is performing the role of Sanjay Dutt’s daughter while this film will be released on 22nd September 2017 in cinemas.