State Bank of Pakistan (SBP) has issued the Rs. 10 coin yesterday after approval from Federal Government. SBP has also told about its dimensions and color. According to the statement, the coin has 5.50 grams weight, 25.5 mm dimensions, round with serrations on the edge and of yellow color.

According to the explanation by SBP, the waxing crescent moon and a five-pointed star with North-West rising position are present on the front side of the coin. The star is decorated with “Islamic Republic of Pakistan” in Urdu along the top border of the crescent. 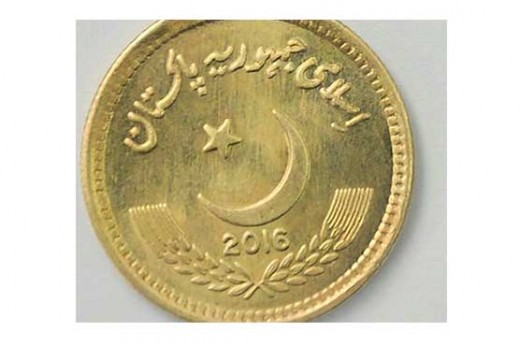 The year of issue of the coin is written between two springs of wheat and crescent. Around the edge of the coin, it is also tribute with arms curved upward along a circle of beads.

On the other side of the coin, the picture of front of famous Faisal Mosque can be seen with doves flying over it. 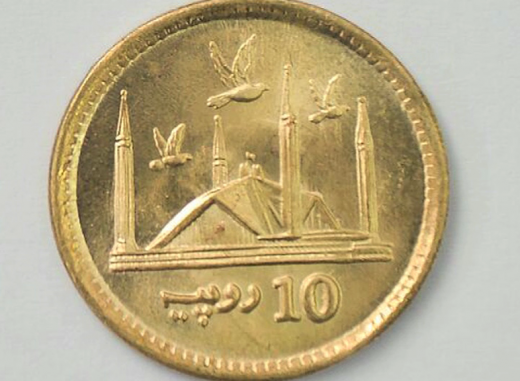 On the lower side of the coin, the value of coin ’10 rupees’ is written. The coin has a rough texture due to small beads on the edge of the entire coin.