Mumbai, The most favorite couple of Bollywood film industry is Shah Rukh Khan and Kajol. They have huge number of fans and they performed in various movies, which became block buster movies of the film industry. Shah Rukh Khan has revealed the wonderful thinking about the actress. He said that he did not like her during the shooting of first movie with her. They shot in the movie ‘Bazigar’ and he also forbade Amer Khan to perform with her in the movies.

According to the Indian media reports, he performed with her in the movie, Bazigar and he hated with her. He said to Amer Khan that she is not good actress and she did not pay attention on her work during the shooting of the movie. During the shooting of the movie, Shah Rukh Khan got know about her talents and skill in the acting and he said to Amer Khan on phone time and again that she is very good and talented actress and she spelled on the screen. 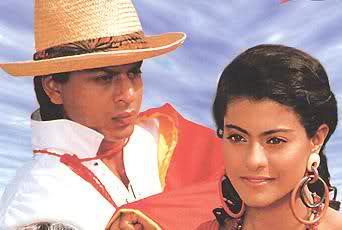 SRK further added that she has changed a lot. She is very talkative and I am not a talkative. She used to say her to keep quiet. King Khan said that she is technically very sound and perfect actress and she is very honest with her work. He said that his daughter, Sohana wants to become an actress and he wants that she learns from Kajol. When it was asked from Kajol about her friendship with Shah Rukh Khan that most of the actors were gathered on the set of the movie, ‘Bazigar’ and they were suspicious about the movie. She was speaking Merathi language continuously.

They said that their heads would break with her voice. She said that Shah Rukh Khan said in rage that she kept quiet and I thought that our friendship was started at that time. She said that almost everything has been changed and now they have become good actors and good human beings. She is very talkative and she praised her friend and said that he is best among all other actors. If you work with him then you can learn a lot. Both the artists have performed in various block buster movies including Bazigar, Karan Arjun, Duplicate, Dil Wale Dulhania Lay Jainge’, Kuch Kuch Hiota Hai, Kabhi Khushi Kabhi Gham’, My Name is Khan and various other movies.