Former Australian captain Ian Chappell criticized Pakistani team and captain after their loss in test series 3-0 against Australia and demanded that they should not be invited to play cricket in Australia. In its reply, Shahid Afridi used the platform of Tweeter and advised Chappell to see the 2nd ODI match in which Pakistan defeated Australia. 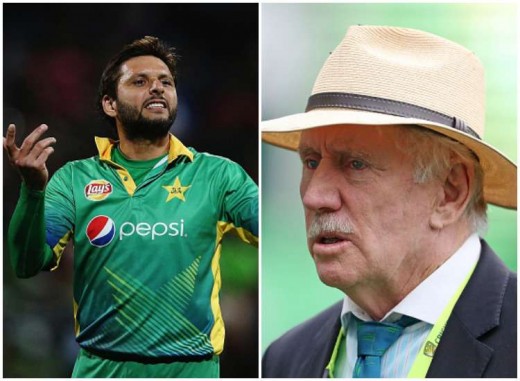 On Tweeter, congratulated the team and praised the performance of captain Hafeez and other players and he also ironically asked Chappell that whether he saw this match.