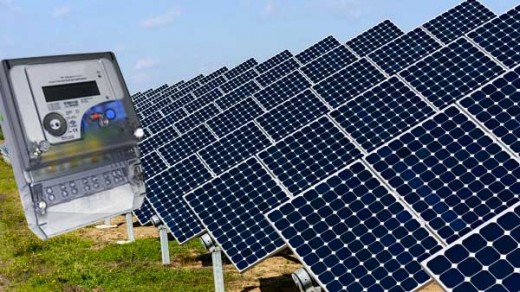 Good news for all the Solar Panel owners! Pakistan gave permission to all the solar panel owners to sell the power they produce to the national grid. The plan is to convert all the water pumps In southwestern Baluchistan to solar energy.

It is the first time that the solar panel owners are going to be a part of net metering, says the country’s alternative Energy Development Board, a government agency.

Net metering is the structuring through which the contributed electricity to the country power short grid. Power per unit generated can be saved by the net metering. Every time the unit cost saved, the owners get return on investment.

The net metering will stimulate the consumers to add solar panels and sell the power to the national grid.

The green energy will help in boosting 5000 to 7000 megawatts, which would be enough to cover up the electricity shortfall and will reduce load shedding in summers, the time when the demand of electricity is the highest.

The board chair, Sardar Awais Ahmed Leghari said in a press,

The profitable electricity business is brought by us to people’s doorstep.

Through net metering, by adding 150 solar panels 4mv of power is being added to the national grid, including the solar panel installed at the parliament house Islamabad.

The solar panel owner’s hopes are going high up of their business scaling up.

Net metering will offer profit to the people to shift to the solar power. It will be a great benefit for them, Abdullah Iqbal a businessman who deals in solar technology during an interview with the Thomson Reuters foundation said,

Previously, most people would go for panel. Now more people will adopt it. Net metering will give them immediate benefits, from the next month. The increasing demands mean more supply and a decrease in the prices of batteries, panels and inverters.

The new rules are easier than the last ones. Rehman maqbool, a former national transmission and dispatch company official, said that the change made sense as the last rules were lengthy and cumbersome.

The alternative energy board has announced a campaign for the awareness of the public.

The board said that during the first phase of the project which is expected to start up in the next year, solar energy will be used to run 10000 pumps.