Salman Khan advised her to loose her weight to look like demand of her role in the movie for which she will have to stop eating sweets. Sonam has the capability to eat more and get fat within no time. Before starting her film career, her weight was 110 kilograms. To perform her role in the movie, ‘Sanwariya’, she lost her weight about 35 kilo and got 85 kilo. According to sources, when she commits to do any task, then she does that work. Despite of her desire to eat more sweet meats, she stopped eating sweets for two months to get the desired weight and started the particular exercises in which cardio & yoga are included.

She will also appear in the new coming movie, ‘Raees’ of Rahol Dholkia in which Shah Rukh Khan and Farhan Akhtar will also perform. Sonam Kapoor has also signed her first Biopic in which she will perform the role leading Indian painter, Amerta Shergul. 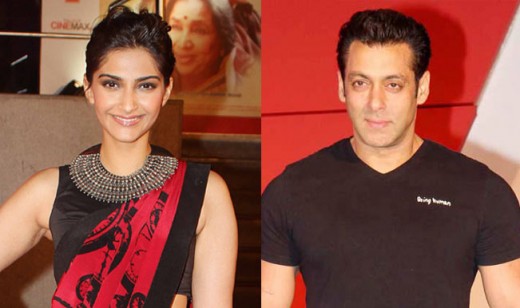