Spiderman, Dunkirk, Lady Macbeth and Others Release in July 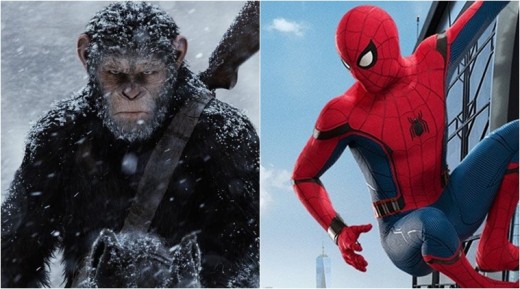 Spiderman, Dunkirk, Lady Macbeth and Others Release in July

The new Hollywood movie, Spiderman: Homecoming will be released this month. Tom Holland has performed the role as Spiderman and the fans were surprised with the performance of this young actor, who seemed wearing the spidey shoes. This is one of the most awaited movie, which has impressed to its critics all over the world. The people, who watched this movie once, they watched it again. Like a Hindi Hollywood fan, people can enjoy with this movie with Hindi dubbed version. Tiger Shroff has voiced for the spidey and we recommend that he has done the great work and you can watch this movie of Tom Holland version.

It does not seem that Dunkirk movie is very interesting. You put Christopher Nolan in the mix and the idea suddenly sounds appealing. This movie has the stellar cast with two Nolan regulars, Tom Hardy and Cilian Murphy, Harry Styles and Mark Rylance and it has the making of another great piece of cinema in the wonderful filmography of Nolan.

This is the third movie of Planet of the Apes series and it sees the ace motion capture the actor, Andy Serkis, who is doing the role of the badass leader of the apes, Caesar. Now he has to face the Colonel McCollough, who has shown his intention to remove every ape from the earth. The series is known for the visual effects and it is one of the few film series that got the motion capture and VGI near perfect. It shows the grand spectacle that must be watched on big screen.

The story of this movie is not taken from the drama of Shakespeare but it is taken from the Russian novel. The setting is most marked change and Florence Pugh has performed the role of the heroine in this movie, who is very different from her namesake from the tragedy of Shakespeare. This movie has received the rave reviews and it seems that it is like the delight of feminine.

This is the new Hollywood movie, in which a ghost is shown but actually this is not a horror movie. Casey Affleck has performed the role of the ghost in this movie. When his character dies, then he awakens as the ghost wearing the sheet with two holes leaving for eyes, harking back to the classic cartoons. Casey Affleck is the confident actor and he has performed brilliantly with the minimal dialogue.