Star Trek Beyond reaches on Top after release

Hollywood leading and popular science fiction movie, Star Trek Beyond has been released now and it reaches to the top on the American box office. The movie has earned 6 billion and 240 million rupees uptil now.

The movie was released this week and now this movie, Star Track Beyond reaches on top and it got the attention of the viewers. This movie has earned about 6 billion and 240 million rupees in first three days. This is the 13th movie of the Star Track series, which is filled with science fiction scenes. This is the adventure movie and it is based on the great mission, in which the team is performing his duty on the spaceships for the humanities and it tries to curb the enemies in the battlefield. The movie, ‘The secret life of Pates’, which remained at the top for last two weeks, now came to the second position after this movie. The story of the movie is moving around a white rabbit, Snowball, whose master took it out of the list of the favorite animals. 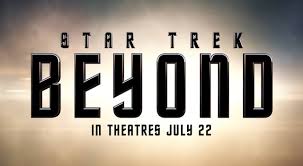 The white rabbit starts making the army of animals, which are homeless like it so that they can take revenge from their wealthy masters. This movie has earned three billion and 730 million rupees more this week.

The science fiction comedy movie, ‘Ghost Buster’ has earned 2 billion and 260 million and came to the third position this week. Paul Feig is the director of the movie and this movie is the part of the Ghost Buster franchise. In this movie, the team of the brave people catches the ghost and makes them prisoners in order to save the world.


Tags: Star Track Beyond reaches on top, Star Trek Beyond, ‘The secret life of Pates