According to one study, it has been revealed that the social media mobile apps are still dominating. It is revealed that top 30 downloaded and most used apps are taken from the iOS and Android app stores. The study has been carried out and it showed that the top 30 downloaded and most used apps are found from the social media apps, which are present in the mobile games in the first half of 2016. There are only two games, which reach to the top 10 most downloaded apps.

There are two games, Color Switch and Slither.io, which are included in the list of top 30 most used apps. Pokemon Go was introduced on 6 July and it is not included in the list of most used and most downloaded games. The people want to know that the first ranked social media app is Facebook Messenger, the Snapchat is present at the second position, while Facebook is at the third and Instagram is present at the fourth while Color Switch is present at the fifth position. The viewers can watch the graph of the 30 most downloaded mobile apps, during the first half of 2016. 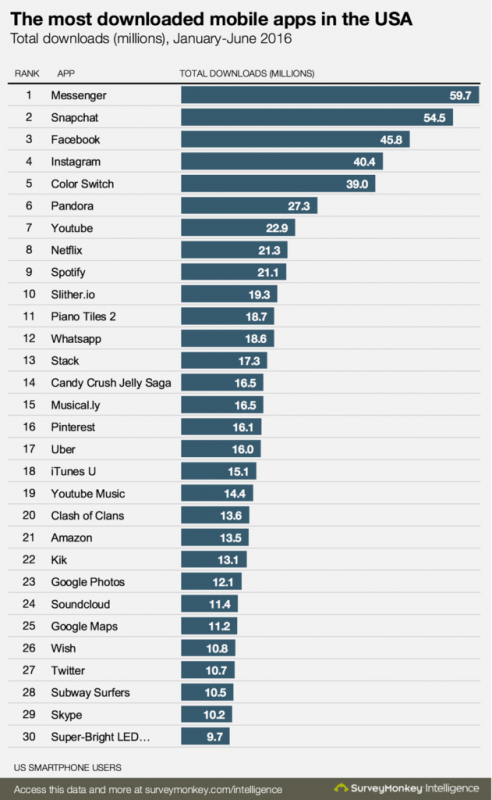 In the section of the most used apps, the viewers will find the top 5 positions on which the apps of Facebook, YouTube, Messenger, Google Maps and Play Store. In this list, the views will find the first 12 apps, which are owned by either faceebook, Google or Apple. There is another app, which is Snapchat and it is present at the number 13. 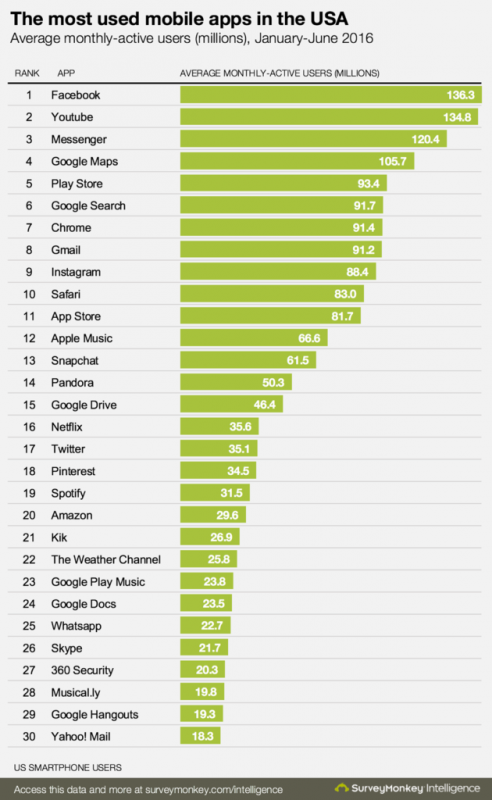 There is no particular game, which dominates other games so this is big reason that there is not particular game on the top of the chart. The consumers play the games on their handsets but huge number of titles is released on the app store so it is difficult to keep it up with each other and there are few games, which are the most used.