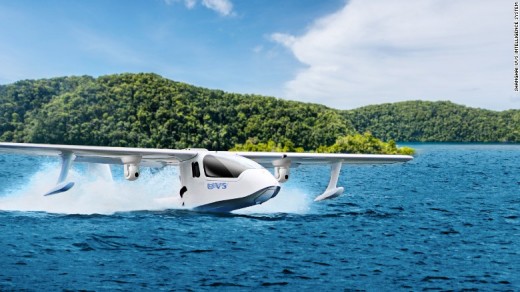 The Chinese company is stretching the boundaries of what drone can do over the sea.

The Shanghai UVS intelligence system is going to become the first company to bring a commercial drone that is capable of landing and taking off on the sea. And these drones of roughly 20-foot long unmanned seaplanes could be used for business and military purposes.

By the end of the year the U650 will roll off the factory production lines in shanghai, a women working in that company told the CNN money. That this drone will put the UVS in the leading position, ahead from other firms making amphibious drones but they haven’t yet moved beyond the prototype into production.

According to the company the U650 can stay in air for 15 hours and can cover the distance of 2000km, but depending upon the weight these numbers will reduce.

DJI’S NEW DRONE FITS IN THE PALM OF YOUR HAND

The delivery firms are one set of potential customers to UVS.

And firms like Amazon in the US and the Chinese e-commerce company JD.COM are using these drones in their supply chain.

And the UVS system said that they have contract with many clients and they won’t disclose further information.

The U650 can carry 550 pounds of cargo but it will face limits on where it can go.

Kelvin Wong said that because of its size the new drones won’t be able to fly in the same airspace as manned aircrafts, which will restrict much potential use.

The U650 may also ask the Chinese government, which has been building manmade island on the area of South China Sea.

Wong said the drones would be able to carry out surveillance and delivery supplies, which come in handy because you don’t have many runways in that environment.