Home Entertainment The Top Most Searches of Pakistanis on Google in 2019
asad+ Dec 13th, 2019 Comments Off

The Top Most Searches of Pakistanis on Google in 2019

As 2019 is quickly going to an end and we go back at this time to see what we achieved or what our activities were during the whole year. In the same way the Google has also made an overview of the whole year engagements and released the top trending personalities, searches, and movies and TV shows in Pakistan.

According to Google, in 2019, actress Naimal Khawar is the most searched personality and stands on the top in the country. Naimal Khawar recently got married with her fellow actor Hamza Ali Abbasi. She got busted on the Google Charts when the news gone viral about her marriage in August. The actress Naimal is followed by late actor Waheed Murad, cricketers Babar Azam, Asif Ali and finally the notorious Indian singer, Adnan Sami Khan. 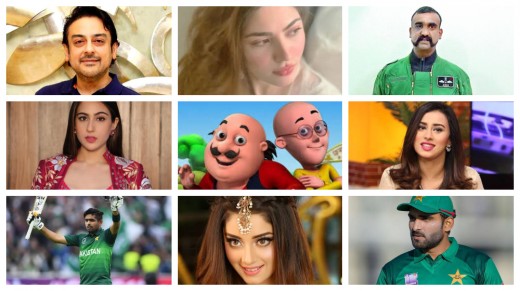 The Top Most Searches of Pakistanis on Google in 2019

The top 10 searched people in Pakistan on Google:

The top 10 general searches on Google are as follows:

Similarly, the top 10 searches in TV & drama section include: