Various poets have written the inspirational songs and they have conveyed the feelings and sentiments of the people. They write the National Songs and various well renowned singers have sung these songs. Various patriotic songs were written during 65 War between Pakistan and India and they got tremendous popularity among the people. These songs boosted the morale of army and they were the driving force behind the sports campaigns of Pakistan, cricket, squash and many other sports activities. 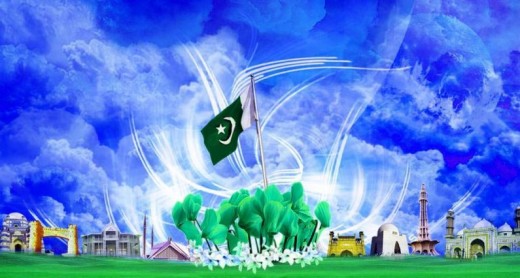 Now they can check some top patriotic songs, which capture the spirit of independence and these songs got the attention of the people. There are some to the top 10 songs, which are still popular among the people and they are still heard.

The Vital Signs sang this song in 1987 and it became the part of first album in 1989. This song shows the great patriotism among the listeners and they call it unofficial national song of the country. When this song was in peak, it was on the tongue of every kid and young person. Dil Dil Pakistan brings the true love with the country and all of the participants of the band received warm welcome from the people of Pakistan. This was listed at third place the most popular song and it was also copied in an Indian movie as ‘Dil Dil Hindustan’.

The song ‘Jazba-e-Junoon’ was released in 1996 and it got tremendous popularity among the people. It was taken from the album, Inqilaab and it got hit among the people and it secured the position of the song, which was sung for Pakistan cricket team, which was going to play the 1996 Cricket World Cup. It was considered the greatest rock hit in the music history of the country.

This is one of the oldest songs and it shows the patriotism with the country. Jamil Uddin Aali has written this old and most popular song in 1965 war between Pakistan and India. This song got the popularity among the people and they still like to sing this song.

The legendary singer, Mehdi Hassan has sung this song, ‘Yeh Watan Tumhara Hai’ and it got tremendous love and affection from the listeners. This song was written in 1962 and has the melodious joy and has shown the patriotism among the people.

Sohni Dharti is the most melodious song and it was released during Indo Pak War in 1965 and it shows the prayer that Allah may keep it safe and secure from the enemies. Before the partition of Pakistan and Bangladesh, the Bangladeshi singer, Shahnaz Begum sang this song and it got tremendous popularity.

This is another national song and it has deep roots among the listeners. It was first sung by the Benjamin sisters (Beena, Nerissa and Shabana) and it has great importance not only for the Muslims but also for the minorities. The Benjamin sisters belonged to the Christian family and they sang this song to show their patriotism through this song.

This sweet song was sung by Naheed Akhtar. This song got the popularity and it was on the tongue of every Pakistani and it showed the delicacy of the song and it remained popular for many decades.

Naya Pakistan is the new song and salman Ahmed sang this song, who is the former member of music band, Junoon and Junaid Jamshed is also there in this song. This song shows that Pakistan will be free from all social evils, which are confronting Pakistan at this time. This song was released in 2013.

This song was written for the martyrs and Naseem begum sang this song in 1965 Indo Pak War. After that various other singers tried on this song. With the voice of the melody queen, Noor Jahan, this song got the tremendous success and popularity and it became successful. Amjad Sabri has also tried this song in different way and give it new touch.