Virat Kohli was badly criticized by Indian cricket fans on his bad performance in semi final while actress Anushka Sharma was declared responsible for this defeat but instead of coming back separately and hiding, both came together.

Virat Kohli and Anushka Sharma were seen together at airport and reporters gathered around them but Virat and Anushka did not answer their questions. During that occasion, Virat Kohli gripped the hand of Anushka till she sat in her car. 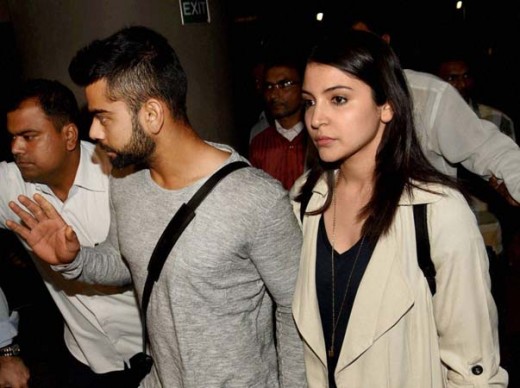