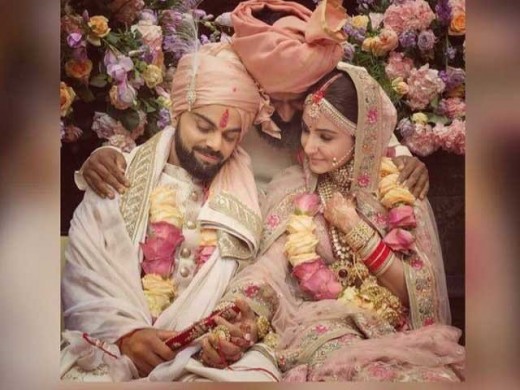 The pictures and videos of the marriage of Virat Kohli and Anushka Sharma are uploading and circulating on the social media and millions of people watched and liked these videos and pictures till now. Anushka was dressed in pink color lehenga and Virat wore the Punjabi sherwani and both of them were looking very decent.