Indian Media reports that Indian Cricketer Virat Kohli and Bollywood Actress Anushka Sharma claim to marry in the near future. 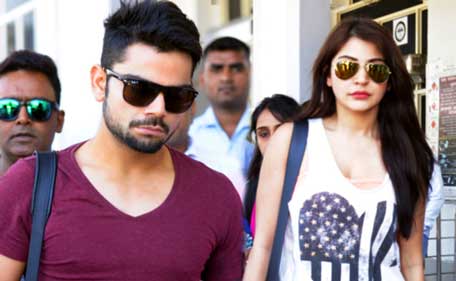 In now a days, Anushka Sharma and Virat Kohli love relationship is in News headlines. cirkceter and actress love came to the news media continously but both did not confirmed that news and their relationship. Virat Kohli expressed his love to Anushka Sharma on a Social Networking site and now an Indian News Agency claims that they both are going to tie knot in the relationship of marriage.

All the things between both families are set about the marriage and they both are going get married in the end 2015 to tie the marriage knot and wedding ceremony will be conducted in the city is to be determined remains.