Bollywood leading superstar, Shah Rukh Khan and Bollywood popular actress, Kajol performed in their incoming movie, ‘Dilwale’, which will be released next month. Now the song of the movie, ‘Gerua’ was released and this song showed the chemistry of the couple and remembered the song, ‘Suraj Huwa Madham’, which was taken from the movie, ‘Kabhi Khushi Kabhi Gham’. 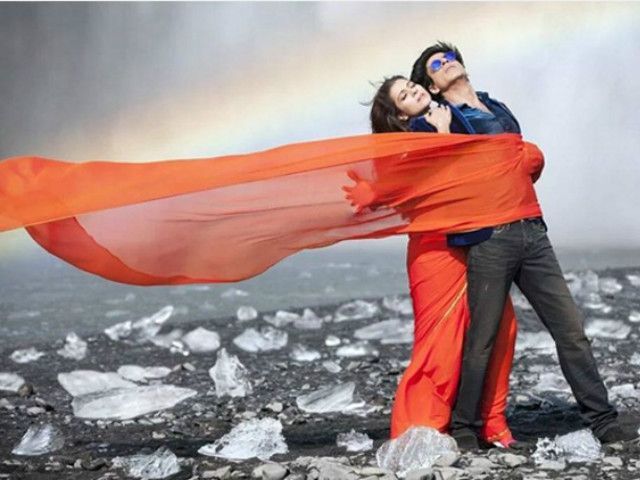 Kajol is looking beautiful and excellent in sarees and she got shoot various scenes on the beautiful and most stunning locations performing with King Khan. Shah Rukh Khan appears in the scenes in his signature pose and the viewers have seen him in this post many times on the big screen. It will be wonderful to see him in the five minutes long romantic song.

The people will look him in the breathtaking scenes on the deserts, beaches, waterfalls and mountains to the cold Iceland. The couple of these two artists, Shah Rukh Khan and Kajol were looking decent and they have fine chemistry.

Now Shah Rukh Khan has defined the meaning of Gerua on twitter and he paid thank to everyone, who listened and liked his song.