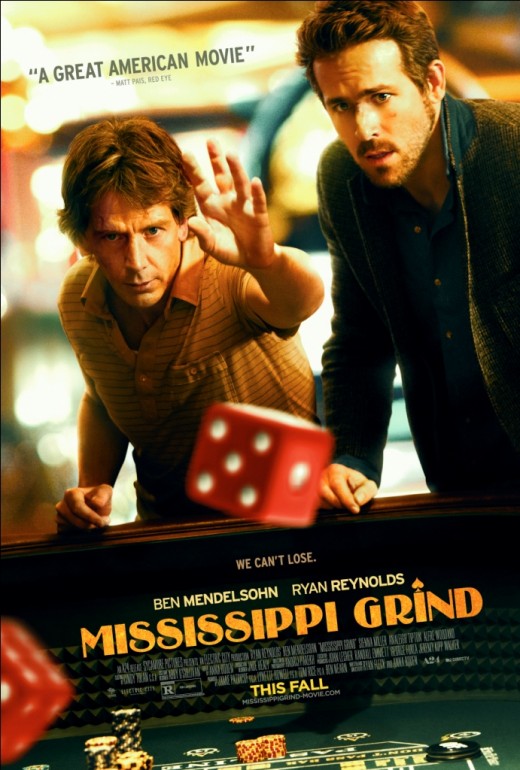 Los Angeles, New clip of comedy filled, American comedy drama film, ‘Mississippi Grind’ has been released. Ryan Fleck and Anna Boden are the directors of the movie while Tom Rice, Ben Neam, Jamie Patricof are the producers of the movie. In this movie, Ryan Reynolds, Alfre Woodard, Ben Mendelsohn, Analeigh Tipton and Sienna Miler are included in the main cast of the movie.

The story of the movie is moving around a gambler, who keeps a young gambler with him to change his fate. This movie is going to be released on 25 September 2015.