New York, The trailer of the new science, fiction action movie, Ant-Man’ has been released. The director of the movie is Peyton Reed and they story of this movie is moving around very intelligent scientist, Hank Pym, who prepares such matter, which can be used and after its use, the sudden change in the physical body is possible. When this matter is used on the Ant-man, he can become the master of super natural capabilities and come to face to face to his enemies and he kills his enemies one by one. Kevin Feige is the producer of this movie and the role of macbook super hero in the movie is given to the Hollywood actor, Paul Rudd. In the cast of the movie, Evangeline Lily, Corey Stoll, Michael Pena, Wood Harris, Judy Greer and many more, who are playing the main role in this movie. 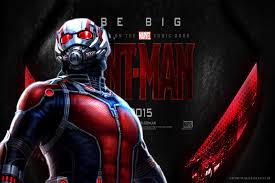