New York, First trailer of Hollywood drama movie, ‘Ten Thousand Saints’ has been released. This movie is full of comedy and Sherry Springer is the director of the movie. The story of the movie is moving around a young man, resident of Vermont, who comes to New York to look for his father. Esa Butter Field is performing the leading role in this movie. There are some other actors like Hailee Steinfeld, Ethan Hawke, Emile Hirsch and Emily Mortimer, who are performing the main roles in this movie. Anny Carey and Ammi Nao Caus are the joint producers of this movie. This movie will be released on the cinema houses on 14 August. 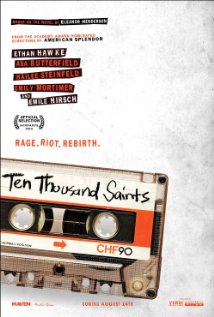