The latest Pakistani movie called 3 Bahadur which based as 3D computer animated adventure movie which is directed by Sharmeen Obaid chinoy along with joint production of SOC Films, ARY Films with the production banner Waadi Animations. 3 Bahadur is the first ever computer animated feature movie. This movie is going to be displayed in cinemas all over the country by ARY Films on 22nd May 2015.

This movie is the story of 3 amazing kids who came from the unlikeliest of places to rescue their home town from the evils that pestilence it. The 11 year olds Amna, Saadi and Kamil who are equipped with courage and super powers stands up opposed to them to return peace and harmony in their home towns. 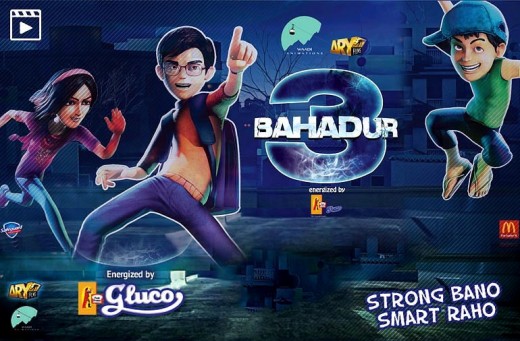