The video of the first song of action filled Bollywood sport drama movie, ‘Sultan’ has been released. This song is based on the lyrics of ‘Baby ko Base pasand hai’. This song is recorded in the voices of Kuvoshal Dadlani, Shalmali Kholkaray, Ashita and Badshah. The music of the song is composed by Vishal and Shekhar.

The director of the movie is Ali Abbas Zafar and the story of the movie is moving around sher of Haryana, Sultan Ali Khan, who is looking fighting against the difficulties. In this movie, Salman and Anushka are performing the leading roles while in the cast of other actors, Randeep Hooda, Amit Sidth, Tyrone Woodlie and Kurt Angle are also included. Aditya Chopra is the producer of the movie and this movie will be released on 6 July on the eve of Eid this year under the banner of Yash Raj Films. 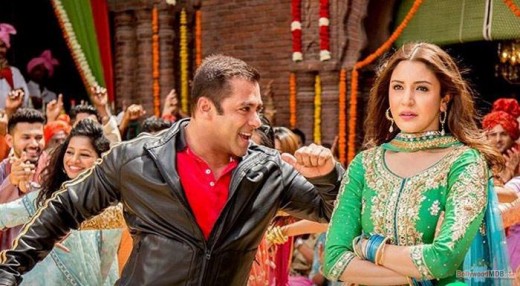