For now WhatsApp user are only allowed to send and receive messages on desktop, and now the video calling App, according to a recent report broken by WABetinfo, WhatsApp is now gearing up to bring audio and video calls to the desktop app and laptop and PC users will be able to use these features as well. 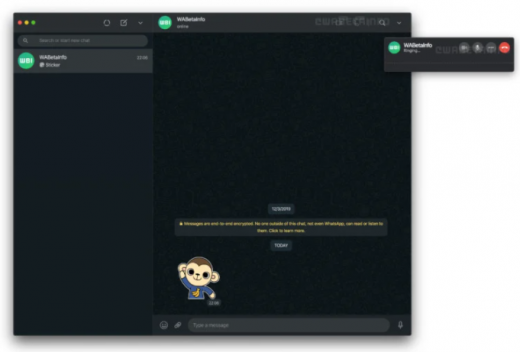 According to WABetainfo, only limited number of users can avail this facility currently. The beta users who have received the latest update will be able to see the respective buttons in the chat option. It yet to be confirmed whether desktop app will come with a support of third party camera of headphones or not, but hopefully, it will be possible after the update.

WhatsApp users will not need to connect their phones with their desktop computers or laptops and there will no need to login via QR Scan as well. The company has made this development specifically for PC and laptop users, which is definitely a good news for them.