Yamla Pagla Deewana was released during 2011and this movie got success on the box office and now the director of the movie, Sangeeth Sivan decided to make its sequel with Yamla Pagla Deewana 2. The main cast of the movie is Bobby Deol, Sunny Deal and Dharmendra, who also performed in the previous release. The new cast of this movie is Neha Sharma and Kristina Akheeva. The director has announced that this movie will be released on Jun 7, 2013. 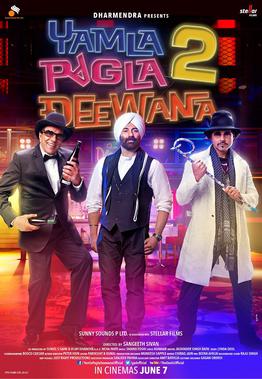 In the sequel of the movie, Sangeeth Sivan gave the direction and the son of Sunny Deol, Rocky gave the responsibility of assistant director of the movie. The shooting of the movie was done in Indore, Madhya Pradesh, Maheshwar and Manday. The movie is expected to deal with business more than the expectation of the organizers.

“Songs Not Release Yet”